Attractions of Bertoua and its surrounding areas

Bertoua is located in the Eastern region of Cameroon, especially in the district of Lom-et-Djerem and was created in 1927 by Gbayas Venus. It is about 350 km from Yaounde and its cover an area of 100 km². Bertoua has a subtropical climate with rainfall of about (1500 à 2000 mm / year) and constant temperatures throughout the year. The average temperature is around 24° C. The area is dominated by large trees, there are almost 1,500 plant species and more than 500 animal species and the region has many other attractions as well as ecotourism, hunting, trekking, photo safaris and much more.

The Baka, known in Congo as the Bayaka (Bebayaka, Bebayaga, Bibaya), are an ethnic group inhabiting the tropical forests of southeast Cameroon, northern Republic of Congo, northern Gabon, and southern western the Central African Republic. The Baka pygmies of Cameroon and Gabon are certainly one of the oldest forest peoples on the planet. With around 40,000 individuals, it is the largest Pygmy group. Surrounded and protected by the forest which is at the same time their habitat, their spiritual mother and their source of nourishment, they have long-lived without any external contact. Basically, the pygmy groups are united by a common culture and share the same way of life: measured exploitation of the forest environment by hunting, fishing and gathering, collecting honey, building huts of intertwined branches (moungoulous) covered with foliage ensuring their waterproofing, use of plants, bark, roots and plant fibers for therapeutic purposes, animist worship of the forest spirit (Kirdi) and the protective totem pole of the community (Ejengi). Young Baka are introduced to forestry activities from an early age and actively participate in the life of the camp. The days are devoted to activities with the pygmies and the evenings to group games, songs and dances which bring families together around campfires. Visitors thus have the opportunity to sing, dance and connect with the spirit of the forest through the Djengui dance in an unforgettable atmosphere. The music of the Baka, like that of other “pygmy” ethnic groups, bears witness to an exemplary peculiarity: the songs punctuate daily life and are extremely complex. They explore the sound and musical universe in counterpoint and by combining their yodeling melodies, a musical element that is only found in few cultures according to ethnomusicologist Simha Arom. The songs are simply captivatingly beautiful. 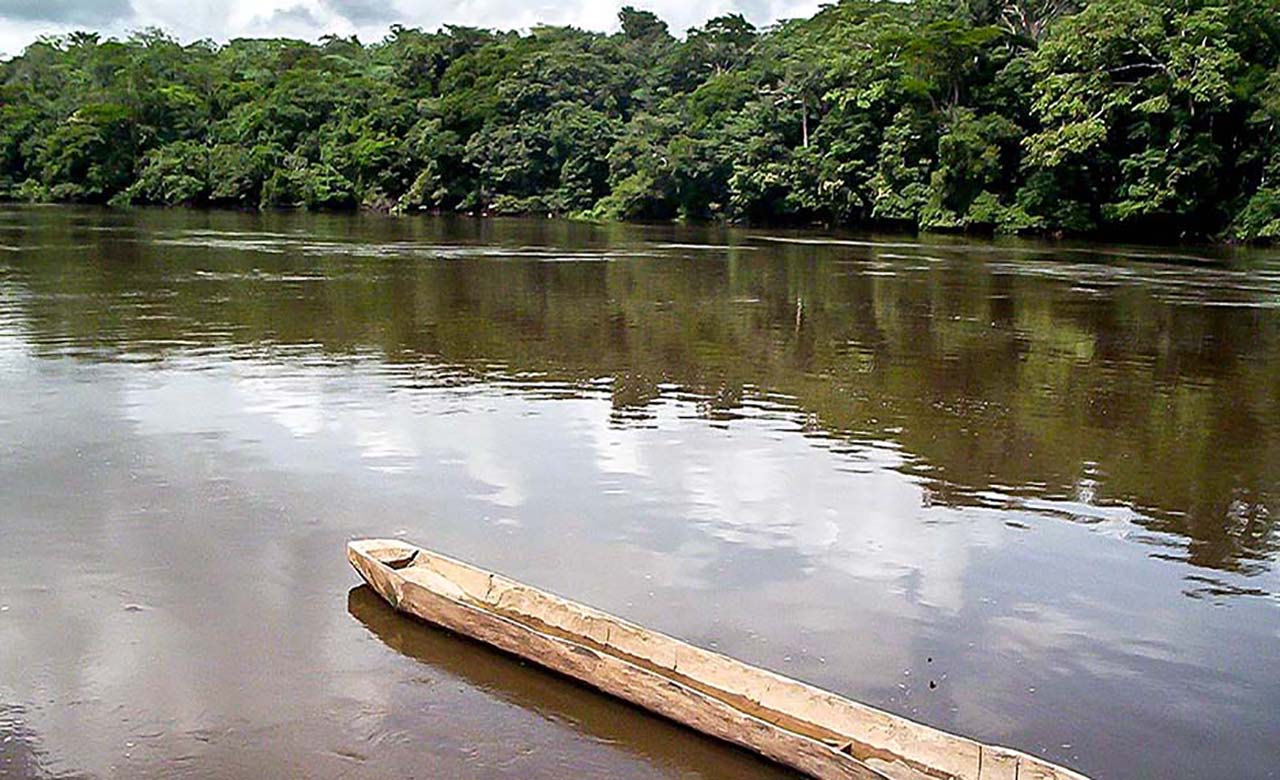 Located between the southern and eastern regions, the Dja reserve was created in 1950 and covers an area of nearly 526,000 ha. The Dja reserve is an integral part of the dense humid forests that make up the Congo Basin with a wealth of incredible animal and plant species. This vast ensemble constitutes one of the largest and best protected humid forests in Africa, 90% of its area is intact. The reserve is practically surrounded by the Dja river, which forms its natural limit and from which it takes its name. The reserve is especially remarkable for its biodiversity

and for the great variety of primates that live there. Due to the diversity of its species and its state of conservation, Unesco decided in 1987 to include it as a World Heritage Site. Together with Odzala-Kokoua National Park (Republic of Congo) and Minkébé National Park (Gabon), it forms the TRIDOM or TRInationale of Dja. Nature lovers will be delighted to discover a remarkable natural wonder of Africa and Cameroon in particular.
Climat
The tropical climate is characterized by an alternation of 4 seasons, including two rainy seasons and two dry seasons. A rainy season from September to November, a dry season from November to March, a rainy season from March to June and a dry season from July to August. Its relative humidity varies between 60 and 90% while the annual precipitation is 1500 mm. Average monthly temperatures range from 23.1 ° C to 25 ° C, with an annual average of 24 ° C.
Flora
The natural vegetation consists of evergreen semi-deciduous and Atlantic forests. The forest is severely degraded around the tracks, due to pressure from housing and agriculture. Industrial logging is highly developed in the region, which is home to five industrial logging companies. These companies actively exploit a large number of logging concessions. Rainfall is very abundant there, so it has favored marshy environments and the specific plants that grow there such as Raphia palms.
Fauna
Of exceptional universal value, the reserve is especially remarkable for its biodiversity, it is home to 107 species of mammals, including a few endangered species, including the African forest elephant (Loxodonta africana), estimated to be around 420 specimens, the bongo, the giant pangolin, the leopard, around 14 species of primates including several endangered like the western lowland gorilla (Gorilla gorilla), the chimpanzee (Pan troglodytes), the white-collared mangabey, the drill and the mandrill. An inventory carried out at the end of 2015 estimated the number of gorillas living in the reserve at around 6,500 individuals and 3,600 chimpanzees. The reserve is also home to more than 60 species of fish and around 360 species of birds including the Gabonese gray parrot (Psittacus erithacus) and the world’s largest population of Cameroon picathartes (Picathartes oreas) which are two endangered species.
Populations
Five ethnic groups coexist in the district of Djoum (around the Dja reserve): the Baka, the Kaka, the Boulou, the Fang and the Zaman. The Bantu (Boulou, Fang and Zaman) are sedentary people who have settled along the tracks, in villages whose number of inhabitants rarely exceeds 400 people. The Baka are a pygmy tribe, forest people of Central Africa living in Cameroon and Gabon. In the countries covering the Congo Basin, their number is close to 40,000 individuals. They live by hunting, fishing and gathering.They collect forest products such as medicinal herbs, food plants and more. The Baka are considered the oldest forest dwellers in Cameroon. Traditionally, they live in small encampments in the forest and their life is strongly linked to the exploitation of forest resources. Agriculture and commercial hunting are prohibited there, but traditional hunting is authorized for the pygmy populations because it is their main means of supplying animal proteins. 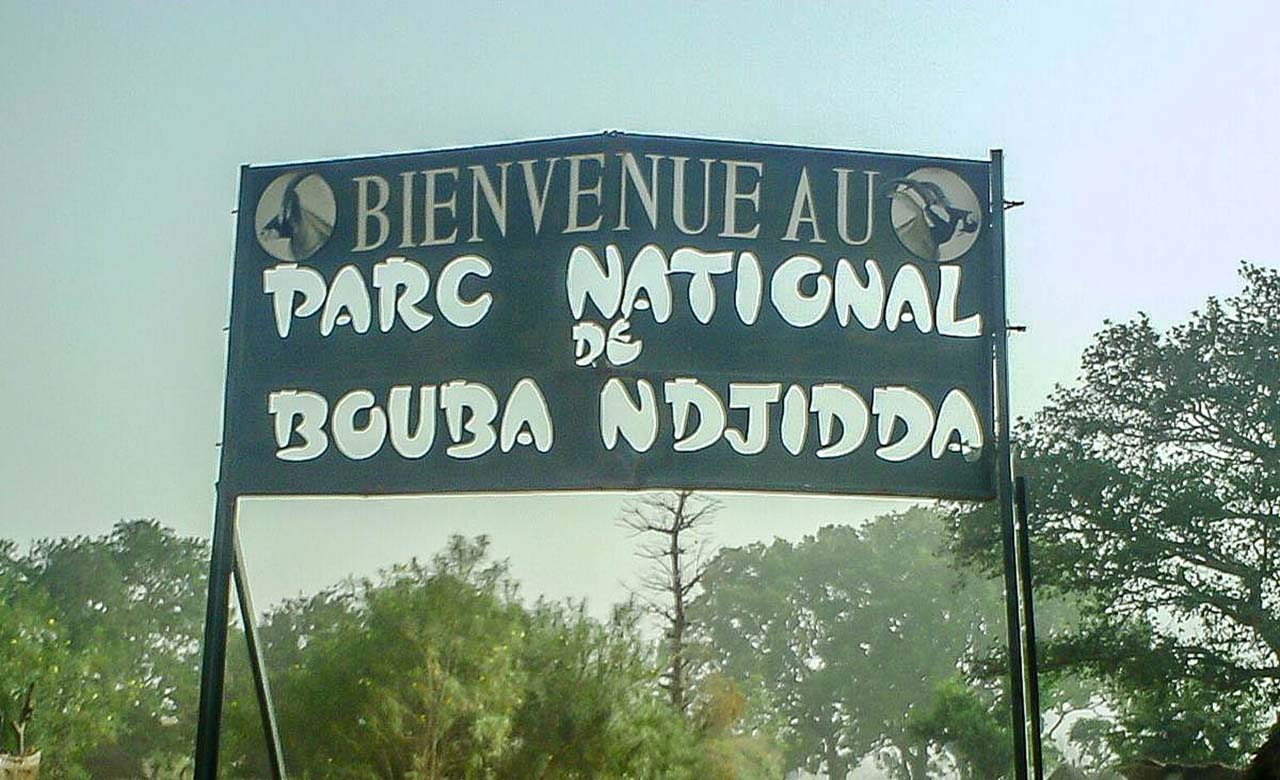 Located in the northern region near the Chadian border, it was created in 1932 as a wildlife reserve and became a national park in 1968. It covers an area of 220,000 ha and is part of the complex of protected areas of the North with the Bénoué and Faro national parks. It adjoins the Sena-Oura National Park in Chad and thus forms the Binational Sena -Bouba-Ndjidda complex. Nearby is the prehistoric site of Managna, it is one of the largest plaques in the world where hundreds of dinosaur tracks can be seen.
Climate
Bouba-Ndjidda National Park enjoys a Sudano-Guinean climate characterized by seasons of equal importance: a six-month rainy season from late April to mid-October and a dry season from November to April during which no rain is observed. The Bouba Ndjidda region receives between 1,000 and 1,250 mm of precipitation per year. The rainiest months are August and September and the annual average temperature is 28 ° C.
Hydrography
Bouba-Ndjidda National Park benefits from a very dense hydrographic network including the Mayo Vaïmba which, unlike other rivers that are seasonal in this part of Cameroon, flows throughout the year. Water is abundant throughout the park and even during the dry season thanks to the bedrock and clay soils which often delay its infiltration, thus ensuring the development of ecological interaction processes between wildlife species and habitats characteristics in this environment.
Wildlife
The park is home to around 24 species of large and medium mammals such as savannah elephants (Loxodonta africana), lions, giraffes, panthers, hyenas, bush pigs and warthogs, hippos, buffaloes, hyenas, baboons, vervets, patas, colobus, aardvarks, servals, wild dogs and jackals which are also very abundantly represented. Rhinos appear to be extinct in Cameroon. The park is also home to around 11 species of antelopes such as the Eland Derby, which is the largest, the most majestic and also the fiercest of African antelopes, Hippotragus, Damaliscus, Buffon’s kob, Defassa Kob, red hartebeest, Reedbuck, harnessed bushbuck, Grimm’s duiker, red-sided duiker, etc.
Avifauna
About 250 species of birds have been identified in the park, 25 of which are restricted to the Sudanese savannah biome. Considering the ornithological richness of the park, it has been declared an area of importance for the conservation of birds. For ornithology enthusiasts, several hundred species of birds alone provide the reasons for a trip. Among them, there are species such as the jabiru or the marabou, the giant Abyssinian hornbill, raptors and scavengers, fish eagles, jugglers, bald vultures, but also smaller species such as the brilliant Abyssinian rollers or the green and scarlet bee-eaters.

The parks of the East are characterized by clearings and observation towers from which the animals and birds can be observed while taking pictures. Images and great shots are also offered to visitors in small and large savannahs including Lobeké National Park.

In addition to national parks, nature reserves and ecotourism sites, this region offers many other attractions. One can observe beautiful waterfalls and lakes scattered throughout the region and mountain ranges that offer several options for trekking. One can also observe hippo’s ponds such as those from Ndedele and Lala, colonial vestiges spread in the area, Pygmies encampments and much more.