14 days and 13 nights of discovery of the Cameroonian rainforest, immersion in the National Parks of Lobeke, Boumba Bek and Nki 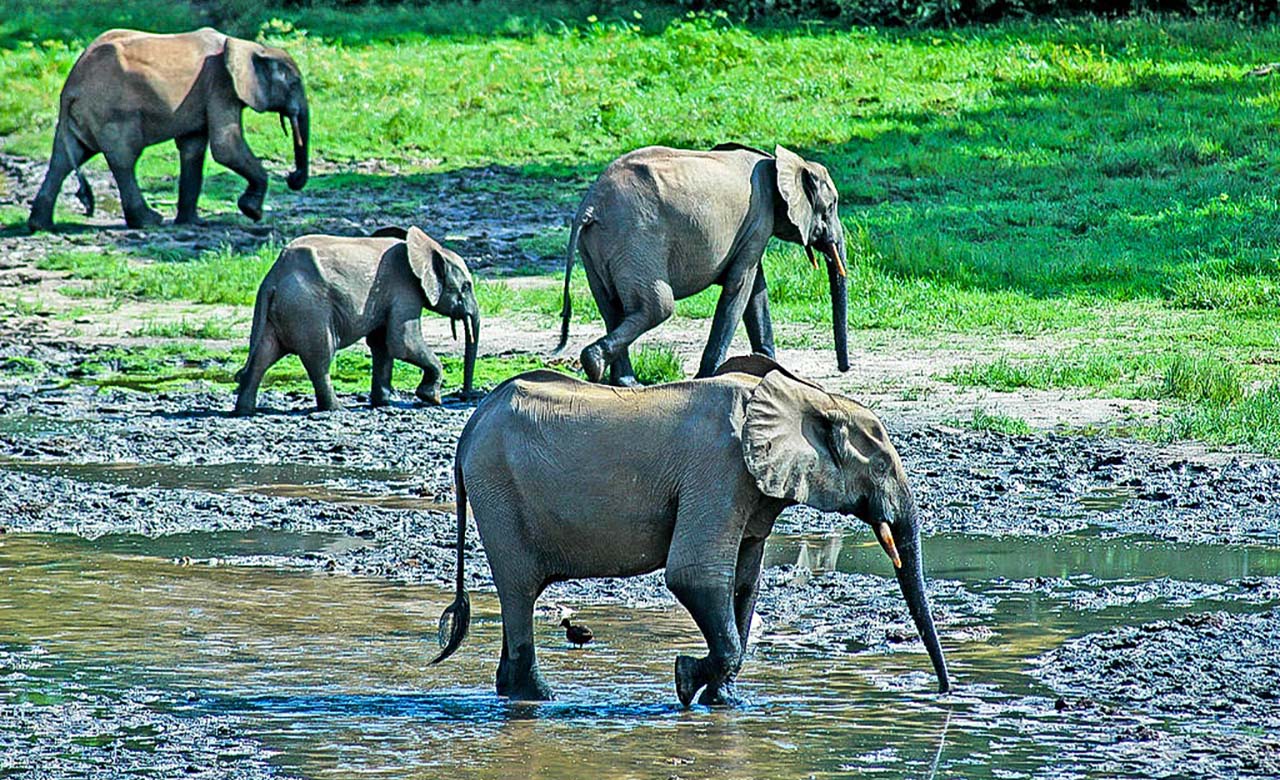 This pleasant circuit will take us to the depths of the Cameroonian rainforest. We will go to discover the National parks of Lobeke, Boumba Bek and Nki.

Lobeke National Park
Located in the eastern part of Cameroon in the heart of the humid equatorial forest, the Lobéké national park was created on March 19, 2001, and covers an area of 217,854 ha. Lobéké National Park is part of the Congo Basin which is located in the extreme south-eastern part of Cameroon. It is bounded on the east by the Sangha River which serves as Cameroon’s international border with the Central African Republic and the Republic of Congo. It is adjacent to two other reserves in CAR and Congo. It is part of the Sangha Trinational which is a cross-border complex that brings together the Lobéké National Park in Cameroon, the Nouabalé-Ndoki National Park in the Republic of Congo and the Dzanga-Ndoki National Park in the Central African Republic (total area of 746,309 hectares).
Flora and Fauna
Lobéké is mainly a semi-evergreen forest, the main part of which is not logged. The National Park has more than 300 species of trees and the forest is characterized by a wide variety of plants. Dominant species include Sterculiaceae (Triplochiton, Pterygota), Ceiba pentandra, and Terminalia superba. The understory consists of Marantaceae – Zingiberaceae, or Ebenaceae and Annonaceae trees. Near streams, there are clusters of Gilbertiodendron dewevrei and thickets of palm trees and sedge marshes border the savannas. The National Park is home to around 45 species of mammals including buffaloes, a high density of African forest elephants, leopards, Bongos and several other species of antelope, primates such as western lowland gorillas, chimpanzees, mangabeys as well as ten species of forest ungulates. In addition to mammals, the wildlife inventory includes 305 species of birds, 215 species of butterflies, 134 species of fish, 18 species of reptiles and 16 species of amphibians. The national park is also an important area for birds. Over three hundred species of birds have been recorded here including the African green pigeon, hornbills, yellow-throated cuckoo, screech owl and chocolate-backed kingfisher.
The clearings

Forest clearings also called Bai, rich in salt, large in area sometimes the size of a football field, are real attractions to the fauna of the park. In Lobéké, 6 glades are subject of special surveillance: the glades of Bolo, Djangui, Ndangaye, Ngoa, Djaloumbe and the Petite Savane. Watchtowers have been built to observe the park’s birds, gorillas, elephants and other mammals. These spaces are used by mammals such as elephants, gorillas, buffaloes, antelopes, bongos and sitatungas for their food.

Boumba Bek and Nki National Park
Located between the Dja Wildlife Reserve and Lobéké National Park, the Boumba Bek and Nki complex are two contiguous national parks created in October 2005. They cover an area of 547,617 ha, respectively 309,362 ha for Nki and 238,255 ha for Boumba Bek. Together, these national parks constitute the largest protected area in Cameroon. Exceptional natural beauty, the multiple clearings or Bai make it easier to observe wild animals. The area of 547,617 ha is large enough to provide a viable habitat to the flora and fauna of the park.
Climate
The tropical climate is characterized by an alternation of 4 seasons, including two rainy seasons and two dry seasons. A rainy season from September to November, a dry season from November to March, another rainy season from March to June and a dry season from July to August. Its relative humidity varies between 60 and 90% while the annual precipitation is 1500 mm. Average monthly temperatures range from 23.1 ° C to 25 ° C, with an annual average of 24 ° C.
Flora
Nki and Boumba Bek national parks are made up of a mixture of evergreen forest, semi-deciduous forest and mixed forest. Between these three large ecosystems are scattered dry savannas, wet savannas, dry meadows, wet meadows, raffia forests, Gilbertiodendron dewewrei forests, etc. Almost 14 types of plant formations have been found here with almost 831 species of plants with a diameter of more than 10 cm breast height.
Fauna
In terms of biodiversity, the researchers estimate that the parks are home to around 180 mammals, including 34 species of large mammals. Cameroon’s forests are home to one of the highest densities of elephant populations in the world. In the national parks of Boumba Bek and Nki, there is a density of elephants of about 2.5 per km². Gorillas are also abundant, around 6,000 adult gorillas. The parks are also home to other primate species such as the crested macaque, which is an endangered species, the De Brazza monkey and the black colobus, buffaloes, bongos, sitatunga, giant forest hog, forest antelopes (mostly duikers), harnessed bushbuck, giant forest pigs, leopards, Nile crocodiles, bush pigs, panthers, chimpanzees, African pygmy squirrels (Myosciurus pumilio) which are tiny squirrels classified as vulnerable and registered on the IUCN red list. The park is also home to 121 species of fish and 96 species of Lepidoptera. Two small owls coexist due to similar habitat requirements, the Sjostedt owl and the African barred owl.
Avifauna
National parks are teeming with important avifauna, according to a 20-day study by BirdLife International, 265 species of birds have been recorded. The National Parks are located between the Dja Wildlife Reserve and Lobéké National Park in which 320 and 305 species of birds have been respectively identified. Boumba Bek National Park is qualified by the NGO Birdlife International as an area of importance for bird conservation, there are also found large colonies of red-tailed parrots. 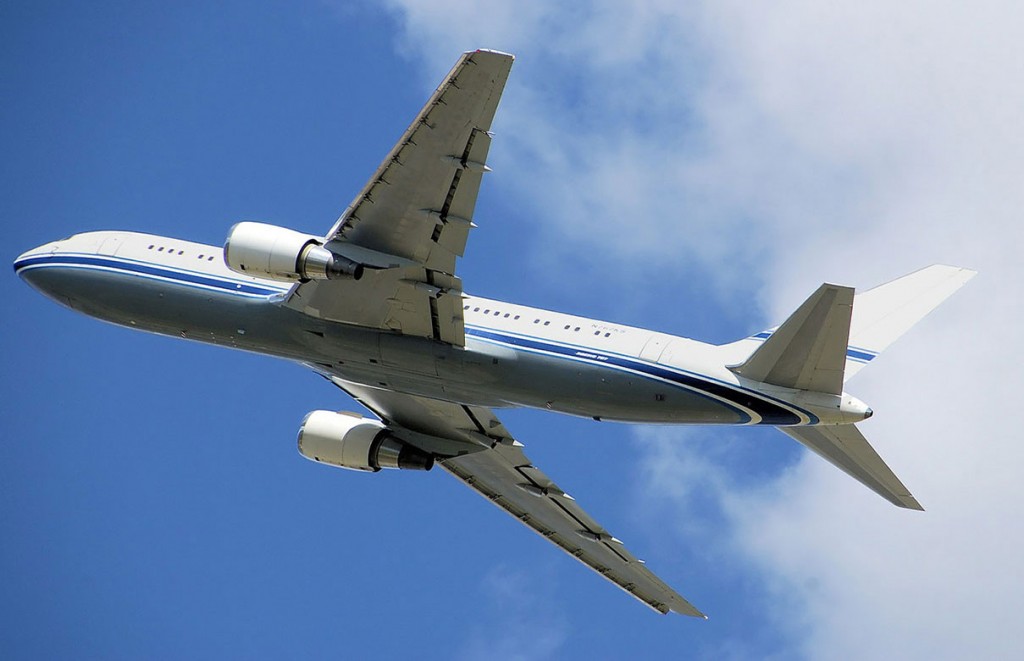 Reception at Yaoundé International Airport which is the political capital of Cameroon created in 1889 by the Germans Kurt MORGEN and Georges ZINKER. It is a green city surrounded by multiple hills, transfer to the hotel, and installation at the Signature hotel, dinner and overnight stay. 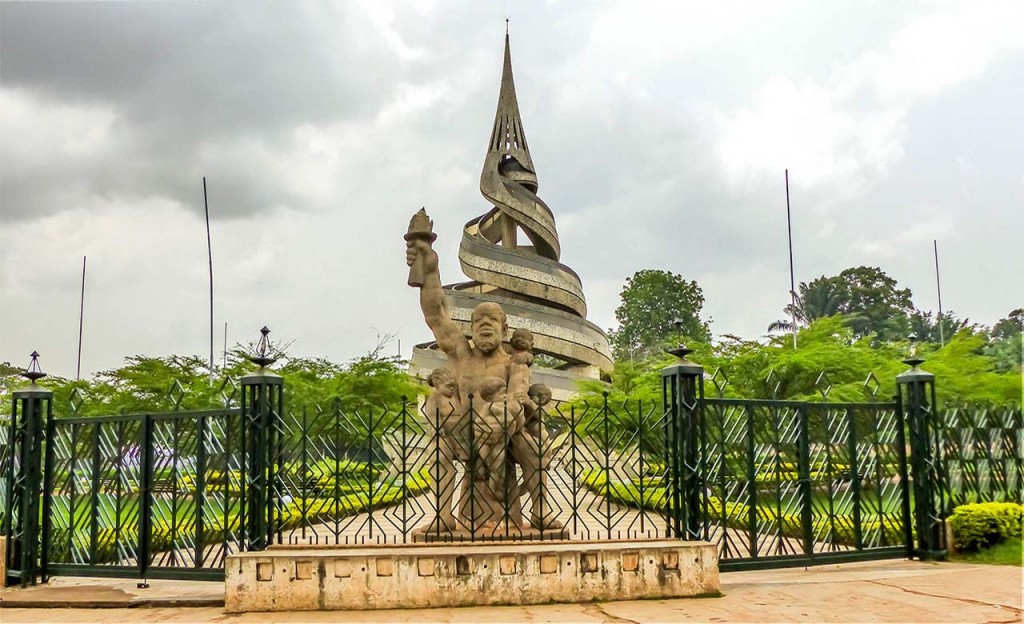 Early departure from Yaoundé for Yokadouma through green and magnificent landscapes, 340 km of partly asphalted road, observation of the Bantu huts’ architecture along the way, Lunch in Batouri depending on the time of departure, arrival in the evening and installation at the Elephant Hotel, dinner and night. This expedition requires a good 4×4 in view of the state of the roads. 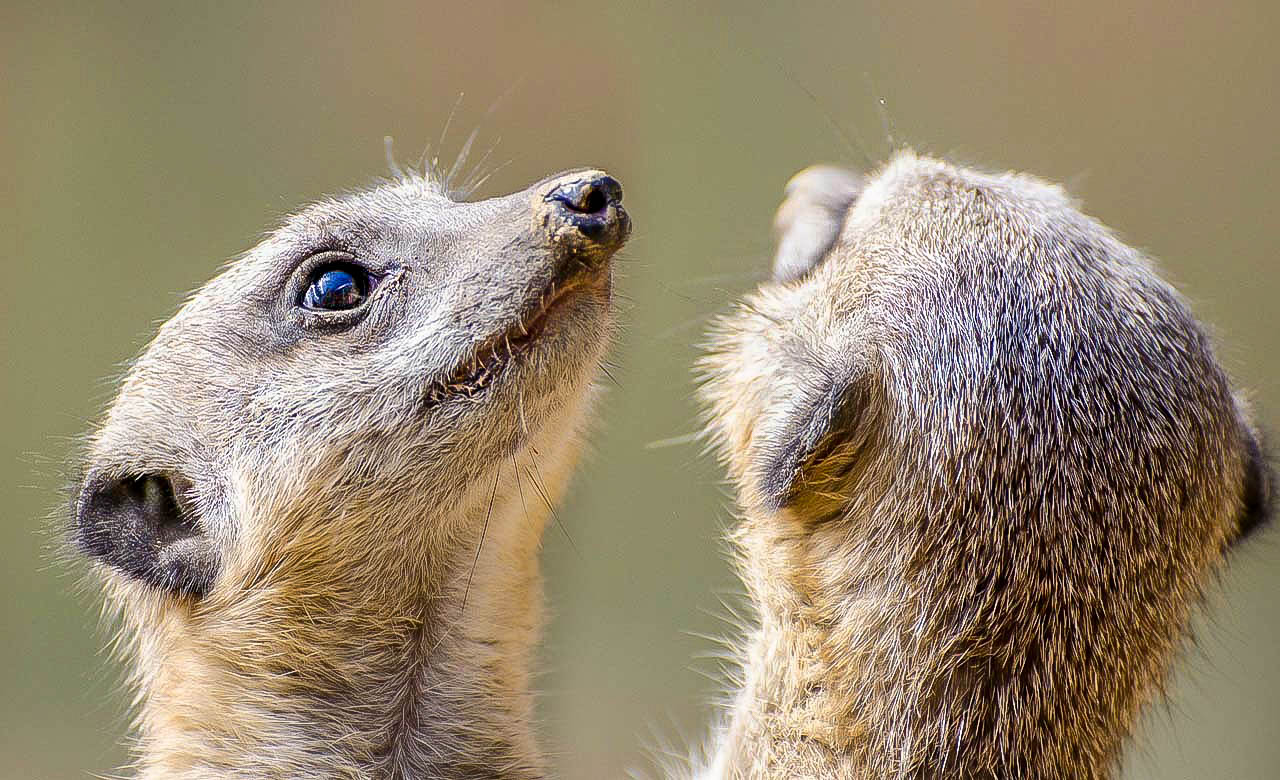 Early wake up, breakfast and departure for Mambélé on a not very good road, but well maintained, meeting and sharing with the Ba’aka pygmies, lunch at Membélé, continuation of the trip, arrival and installation at Camp Combo, Park formalities, dinner and night. 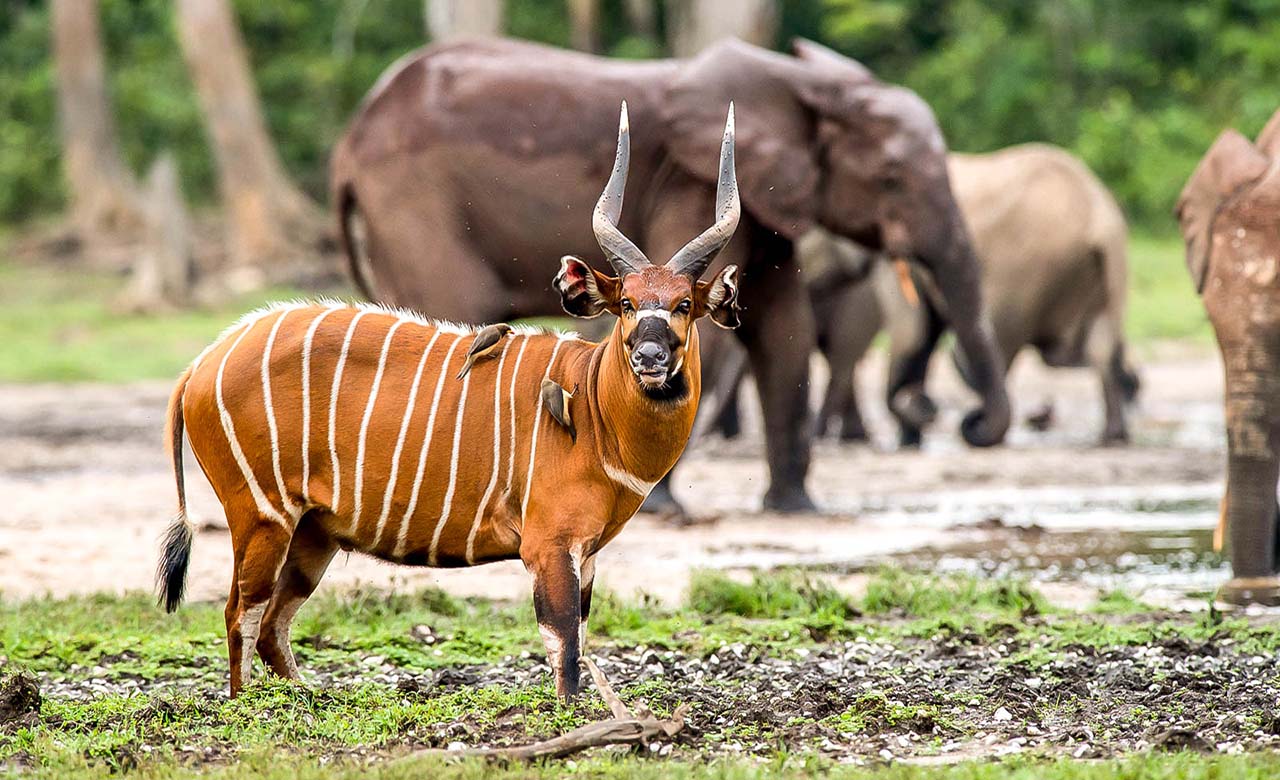 After breakfast, the first day we take the vehicle to visit the park in its Dangai part, this requires a 13km walk, arrival and installation for a three-day campsite. Three days of intense wildlife observation with tracking of jungle animals accompanied by professional trackers. 45 species of mammals, apart from rodents, are to be discovered. We will observe wild species from a watchtower. The park is home to elephants, gorillas, buffaloes, antelopes, bongos, panthers, Sitatungas, warthogs, wild boars and many other

animal species. The densities of elephants, gorillas and chimpanzees are among the highest in Africa. Dinners and overnight stays will be at the Camp. 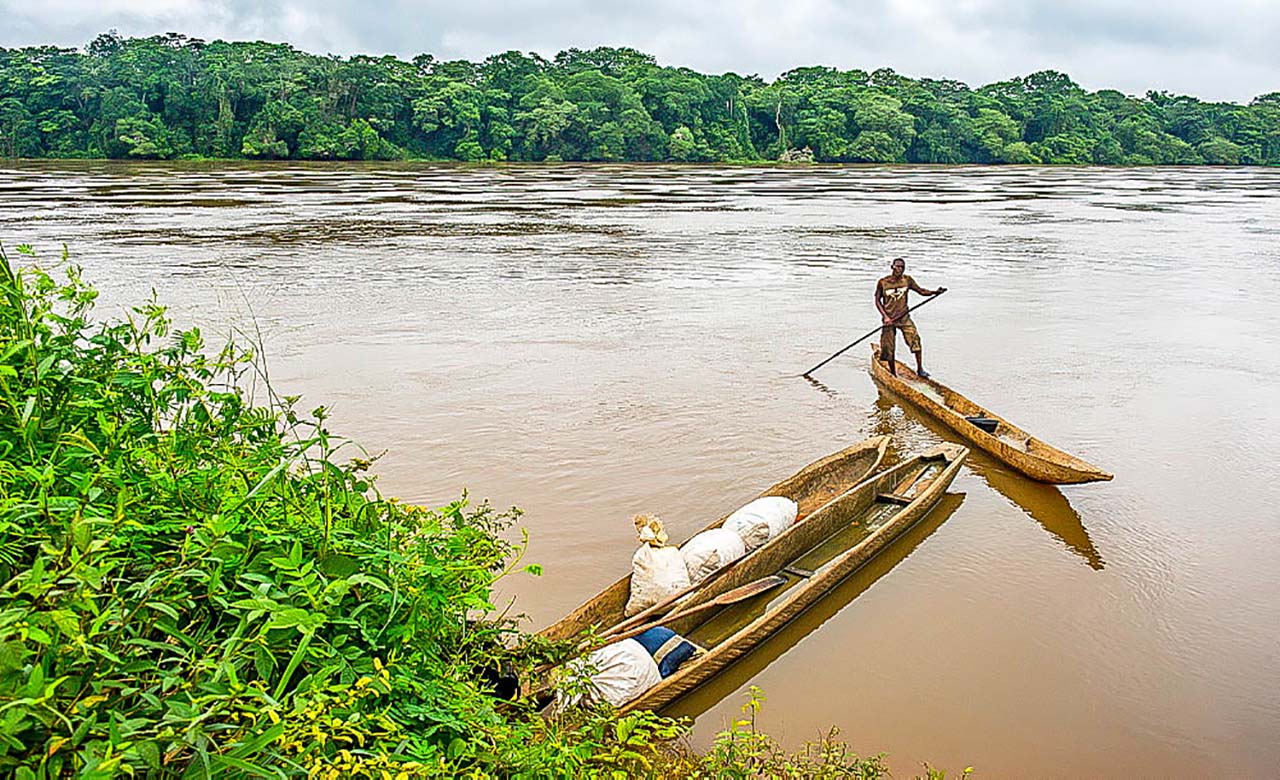 Breakfast, Departure for Yokadouma through the immense equatorial forest with the possibility of observing the animals on the way, return to Membélé and report in the conservation offices, lunch and departure for Yokadouma, arrival and installation at the Elephant hotel, dinner and overnight stay. 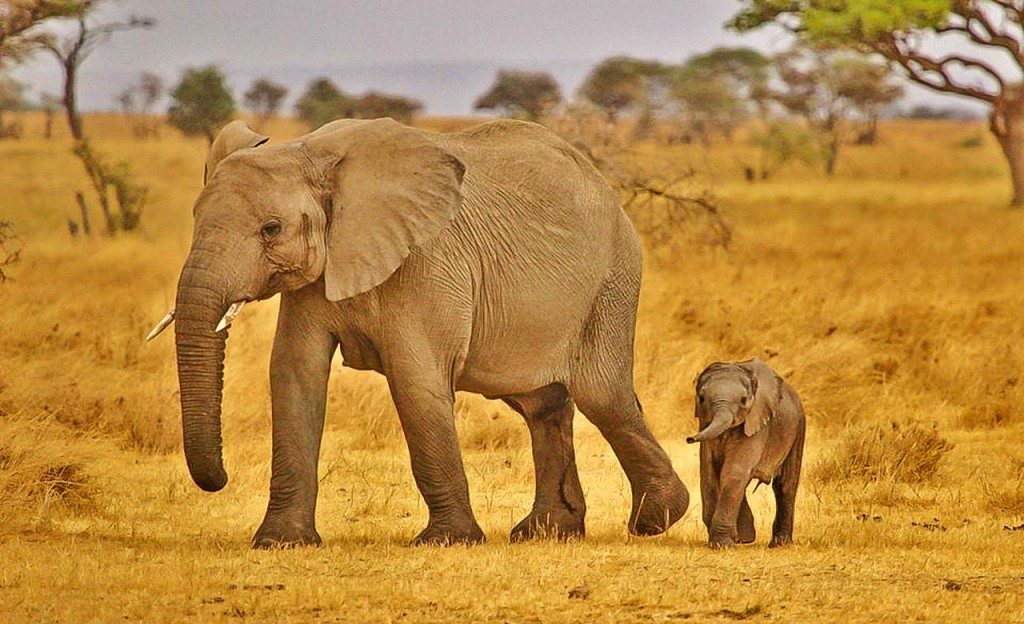 Breakfast and departure for Boumba-Bek National Park, arrival and installation at the Camp, park formalities, dinner and night. 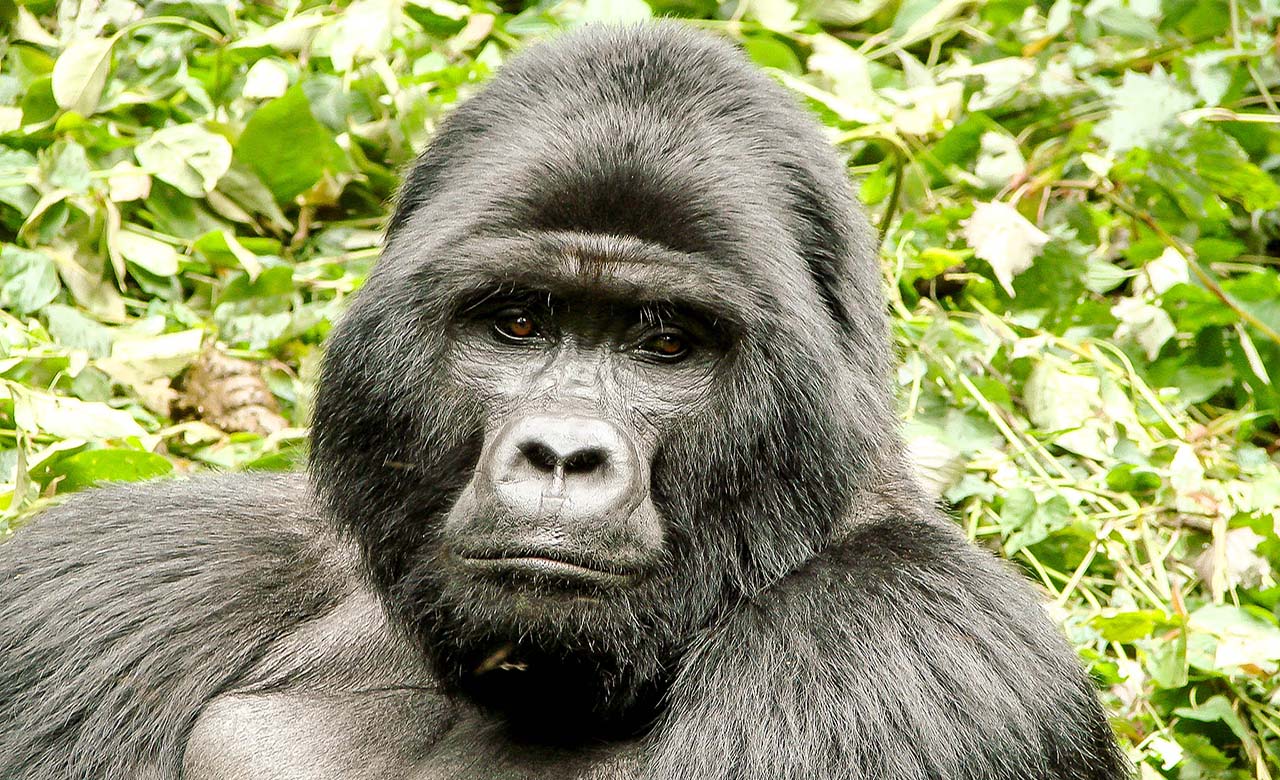 Qualified as an area of importance for bird conservation by the NGO Birdlife International, we will spend three days researching and observing birds and mammals while enjoying the flora of the park. 265 species of birds have been recorded. Dinners and overnight stays.

Early wake-up, breakfast and observation of the flora and fauna, departure in the afternoon for Lomié, arrival and installation at the Hotel Raphia, dinner and overnight stay. 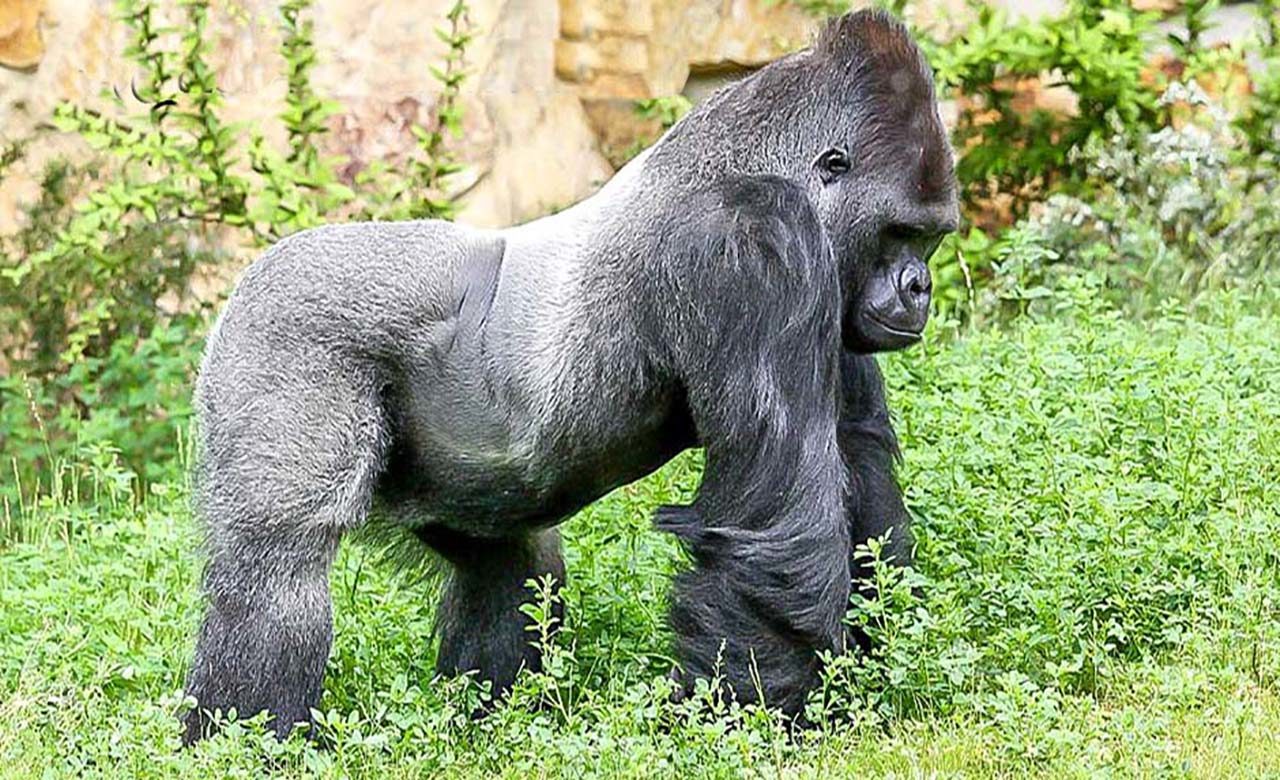 Breakfast, departure for Yaoundé, lunch in Abong-Mbang, arrival in Yaounde and installation at the hotel, dinner and night.

Breakfast, visit of the city of Yaoundé, the national museum, the reunification monument, a typical market, the contemporary art museum, lunch in a restaurant in the city, shopping at the craft center for souvenirs, dinner in a city restaurant, transfer to the airport. END of our services.

► Reception and escort by a professional, bilingual and certified national tourist guide.

► Transport in a four-wheel drive air-conditioned vehicle from reception all through the circuit.

► Entrance fees into the attractions.

► Guided tours of all the sites and attractions indicated in the program.

This tour does not include:

► Costs related to travel formalities such as visa and immigration charges.

► Additional expenses of the tourist such as the purchase of souvenirs.

► Alcoholic drinks such as liqueurs, wines, and whiskeys.

► The exact dates of the visit (date of arrival and date of return).

► Flights and airports of arrival (Douala or Yaoundé-Nsimalen).

► Group or tourist’s interests to permit tailored modifications of the tour.

► Names and information of visitors for bookings.

NB : This program can be modified by demand to suit the expectations of the tourist(s).

Map of the Region